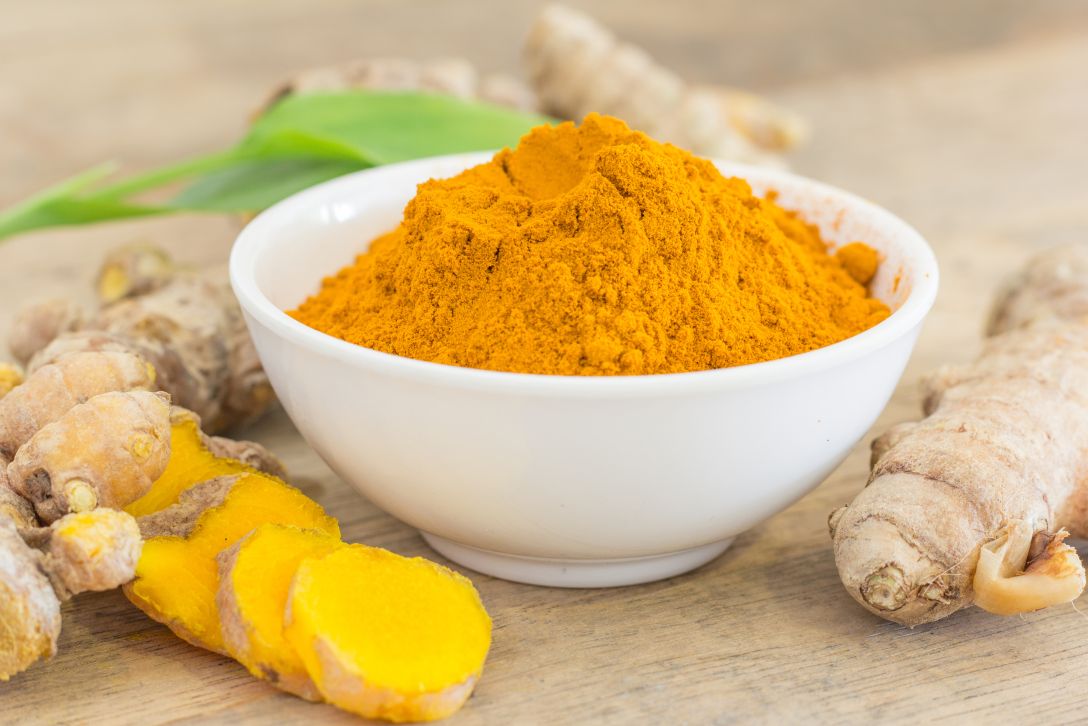 Turmeric is a plant that has a very long history of medicinal use, dating back nearly 4000 years. In Southeast Asia, turmeric is used not only as a principal spice but also as a component in religious ceremonies. Because of its brilliant yellow color, turmeric is also known as “Indian saffron.” Modern medicine has begun to recognize its importance, as indicated by the over 3000 publications dealing with turmeric that came out within the last 25 years. This review first discusses in vitro studies with turmeric, followed by animal studies, and finally studies carried out on humans; the safety and efficacy of turmeric are further addressed.

Turmeric is a product of Curcuma longa, a rhizomatous herbaceous perennial plant belonging to the ginger family Zingiberaceae, which is native to tropical South Asia. As many as 133 species of Curcuma have been identified worldwide . Most of them have common local names and are used for various medicinal formulations. Some specific turmeric species are shown in Figure 13.1. The turmeric plant needs temperatures between 20°C and 30°C and a considerable amount of annual rainfall to thrive. Individual plants grow to a height of 1 m, and have long, oblong leaves. Plants are gathered annually for their rhizomes, and are reseeded from some of those are

Rhizomes in the following season. The rhizome, from which the turmeric is derived, is tuberous, with a rough and segmented skin. The rhizomes mature beneath the foliage in the ground. They are yellowish brown with a dull orange interior. The main rhizome is pointed or tapered at the distal end and measures 2.5–7.0 cm (1–3 inches) in length and 2.5 cm (1 inch) in diameter, with smaller tubers branching off. When the turmeric rhizome is dried, it can be ground to a yellow powder with a bitter, slightly acrid, yet sweet, taste. India produces nearly all of the world’s turmeric crop and consumes 80% of it. With its inherent qualities and high content of the important bioactive compound curcumin, Indian turmeric is considered to be the best in the world. Erode, a city in the South Indian state of Tamil Nadu, is the world’s largest producer of and the most important trading center for turmeric. It is also known as “Yellow City,” “Turmeric City,” or “Textile City.” Sangli, a city of Maharashtra, is second only to Erode in size and importance as a production and trading site for turmeric. Before turmeric can be used, the turmeric rhizomes must be processed. Rhizomes are boiled or steamed to remove the raw odor, gelatinize the starch, and produce a more uniformly colored product. In the traditional Indian process, rhizomes were placed in pans or earthenware filled with water and then covered with leaves and a layer of cow dung. The ammonia in the cow dung reacted with the turmeric to give the final product. For hygienic reasons, this method has been discouraged. In present-day processing, rhizomes are placed in shallow pans in large iron vats containing 0.05–0.1% alkaline water (e.g., solution of sodium bicarbonate). The rhizomes are then boiled for between 40–45 minutes (in India) or 6 hours (in Hazare, Pakistan), depending on the variety. The rhizomes are removed from the water and dried in the sun immediately to prevent overcooking. The final moisture content should be between 8% and 10% (wet basis). When finger tapping of the rhizome produces a metallic sound, it is sufficiently dry. The dried rhizomes are polished to remove the rough surface. Sometimes, lead chromate is used to produce a better finish, but for obvious reasons this practice should be actively discouraged. The powder maintains its coloring properties indefinitely, although the flavor may diminish over time. Protecting the turmeric powder from sunlight retards the rate of deterioration.